We’re exhorted in the Word not to think too highly of ourselves and that’s true, we shouldn’t. (Rom. 12:3) However, I’d like to point out that sometimes we don’t think we’re significant enough to merit much at all — questioning sometimes whether God could even use us.

As I was reading through the book of Acts the other day, I came across a story I didn’t really remember. It was just a few verses regarding Paul’s nephew, the son of his sister. In chapter 23, verses 12-33, this young man heard about a plot to kill his uncle Paul. Paul was imprisoned because the Jewish leaders didn’t like him preaching about Jesus. He had been interrogated once, yet not found guilty, so a plan was devised to bring him before the Sanhedrin again supposedly for more interrogation. However,  about 40 men vowed to murder him on the way there. What a devious scheme!

Now we don’t even know the name of Paul’s nephew, yet he played a significant role in saving his life. This story is just several verses in a very large Book, but imagine how small this Book would have been had Paul’s life ended here! 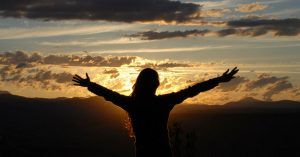 This made me think — none of us are insignificant. None. God individually created us for our own specific roles. Not only do we not look alike, but we don’t talk alike, we don’t dress alike, we don’t think alike, and we don’t behave alike. And we’re not supposed to. We each have a unique purpose. Yes — you have a purpose! You are not insignificant! I can’t do what you do and you can’t do what I do. So you be you and I’ll be me!

Look at what Paul’s nephew did! In one sense what he did was very small and simple — he told the truth about something he’d heard to those in authority. Yet the ramifications of this small message was huge! In that sense, what he did was tremendous! It not only saved his uncle’s life, but it affected the lives of millions of people afterwards for years. And we are still feeling it’s effect now!

So dear reader, I tell you sincerely — you matter! You’re important! You’re just like Paul’s nephew. You are NOT insignificant! You are fearfully and wonderfully made (Ps. 139:14) and God has a plan for your life! (Jer. 29:11) Now go be you.