The other day I got in the checkout line at the grocery store behind two people: a lady who is finished and about to pay the cashier, and a man who has only five items. “This shouldn’t take long,” I thought. I only had a handful of items myself and was looking to quickly get in and get out of the store. Next thing I knew, the cashier had taken a piece of paper and walked over to the customer service desk abandoning the three of us to stand between the counter and the rack of mints and chewing gum. “OMG! This is going to take forever!” I thought to myself.

Now right here in this story I want to interject a question: Was I triggered? What do I mean by triggered? 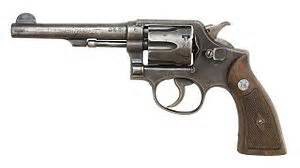 Thankfully I kept my “Christian face” on and didn’t react during the incident, and though a bit irritated my shopping took longer than I’d hoped, I went on about my day just fine. It was over. In this case, I was not triggered.

Definition – Triggering occurs when something happens that causes a reaction in you (usually a hurt, irritation, anger or flare up of some sort) that is connected to something that happened to you in your past.

As like a trigger on a gun, a small movement causes a much larger “bang.” The present tense occurrence has hit the unresolved one from the past. I use the term “unresolved” here because if we were hurt in the past but the issue had been resolved, then nothing would be there to tap and cause a triggering effect. It’s possible to be a bit angered or irritated as I was in the checkout line, but because I could easily let the issue go and it not bother me anymore, there was nothing unresolved from my past that could be tapped.

A Triggering Event and Finding Freedom

A few weeks ago I did get triggered by an instructor at a gym. She wanted me to stretch a certain way that my body was incapable of doing, and she insisted upon pushing my physical limits. I instantly got all tensed up, sweaty, and defensive, and the minute the class was over I was determined to never do that class again she’d ticked me off so much.

“How dare she push me like that? She could have physically hurt me!”

I played that thought over and over again in my head (and once or twice to Robert) the rest of the day. Fortunately, by evening, I realized I was triggered and got alone with the Lord and journaled it out. Sure enough there had been a gym teacher from my junior high school years who had pushed me in the same way then shamed me for not being flexible and able to do the stretch.

So what are the steps to freedom? I’m not talking about denying your emotions — when you feel hurt by someone or something but refuse to look at it and just shove it down and pretend it’s not there. That’s living in denial.

What I’m talking about is simply acknowledging the fact that we’re hurt (upset, angered, etc) and we need to take it to the Lord and ask Him about where the root is of this trigger.

Recognizing triggers is a huge part of spiritual growth. It’s so easy as Christians to say we’re “fine” yet dwell on the wounding we’ve received from others. But if something’s bothering you for a while — especially more than a few days — then you’re probably triggered and God wants to heal that wound from your past so it won’t affect your present anymore, nor your future.