Every January I like to seek the Lord for a specific word or phrase for that coming year. It’s like a slogan or motto to refer back to throughout the months whereby God reminds me of things He told me at the first of the year. For 2019 one of the words was “flexibility.” A good word, I had thought then; and as in most cases, the Lord was referring first to the natural, then the spiritual.

As I have gotten older and am now in what I refer to as the “Fabulous Fifties,” I try to exercise regularly and have particularly been working on my mobility and agility over the last couple of years. I’ve gotten into the habit of stretching every morning, so being flexible has been a goal for my physical body.

But being flexible in the spiritual realm is a different matter entirely. And there’s nothing like having a storm to come along to test it.

Yes, really—a real, physical storm. Hurricane Dorian, one of the longest living hurricanes ever in the Atlantic Ocean, passed by us here in Florida after wreaking havoc on the Bahamas. Fortunately we were only brushed by winds and rain in Jacksonville, however, my spiritual flexibility was left wanting as some travel plans required changing. 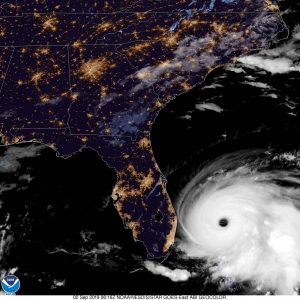 For months we have been planning a pastors retreat in the Dominican Republic. Guess when that was supposed to be? Hurricane Dorian swept gently by the DR without much trouble, yet, as it hurled towards Florida we quickly surmised we would not be able to fly through the storm to get there and needed to safeguard our house instead. Postponement was necessary; the retreat was not going to happen that weekend.

After contact was made, airline tickets changed, new dates set, and we settled in to ride out the storm, my heart filled with disappointment. Getting things prepared around the house was drowned with sadness (and a little anger too, to be honest). I had been looking forward to this pastors retreat for months! It was to be a culmination of working in the DR for the last few years, bringing pastors in from around the whole country! I could feel my inflexibility as I was left with no control of the situation.

(Don’t you hate that—when you’re supposed to just roll with things, giving up whatever desires you have and going with the flow of God’s path? Oh, yeah, that’s called walking in the Spirit. I fail at that sometimes.)

In John 16, Jesus speaks to the disciples about Him leaving them and some of what was forthcoming when He would be gone. This was not what the twelve thought was the plan. They were formulating and imagining their future in a whole other direction. I can empathize with the disciples in this situation as their flexibility was challenged too. As in many cases with them—feeding the five thousand, crossing a lake in a storm, Jesus’ crucifixion—walking with Jesus doesn’t always go the way you think it will. 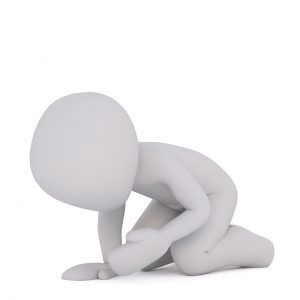 When objects are inflexible and they require bending, either they break or they eventually bow. My attitude finally softened into submission after choosing to accept these changes and acknowledge Him in all my ways (Prov. 3:6). I flexed because I know Father God loves me and wants the best for me. I am His child.

Knowing God is always good brought me back into rest and my sadness soon turned into excitement. Who knows all the reasons why (spiritually) this retreat got postponed, and does it really matter anyway? Not really. Now I just move forward by faith.

He loves me. Period. That enables me to be flexible.