Some think of law and order as something negative, especially these days. But there must be some sort of a system, or set of rules or regulations by which anything functions, whether it be a society, a company, or even an airport. God, Himself, is the originator of laws and order, and for a reason. 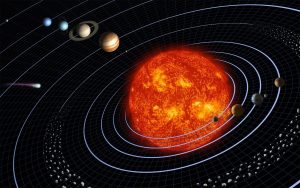 First of all, there are natural laws which keep us physically intact, such as gravity, aerodynamics, the changing of seasons or tides. (See Newton’s laws of motion.) All of us couldn’t function on this earth without the force of gravity holding us on the tierra firma. And not only the earth has laws, all the planets have an order too. They each orbit around the sun and have moons which orbit around them. It’s God’s natural laws that keep these aligned so there’s not chaos in the universe. (Literally!) Two plus two will always equal four and a right angle will always 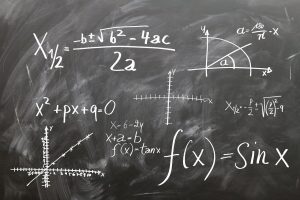 be 90 degrees. Science and mathematics are based on natural laws and order.

There are spiritual laws too, with sowing and reaping being probably the most commonly known. (Gal. 6:7; Ps. 126:5,6; 2 Cor. 9:6) This not only applies to finances but also to positive things as well as negative ones. If we think, say, and believe the best in people, we’ll receive the same in return. Generally speaking, I try to do this — believing humans will naturally tend to be kind and generous to one another. One time after having been delayed for hours at an airport, I’d lain down and slept using my backpack for a pillow. Later, after being awoken and lined up to board the flight, a guy came up and asked me if this was my laptop. I’d forgotten I’d taken it out and put it under my backpack. In a slumbered mind I’d only grabbed my bag and walked away from it not noticing. How grateful I was to that precious man who returned it to me!

Months before this I had “sown” goodness to a lady who had unknowingly dropped her credit card walking through a different airport. I saw it happen, quickly ran to pick it up and rushed to give it back to her. She graciously thanked me. So in the case of my laptop, I believe I reaped what I had sown — in this case, kindness.

Laws are principles. We can’t change these natural and spiritual laws even if we wanted to. You may not like or believe in gravity but if you step off the top of a building you will truly see how it functions with or without your belief in it. If you want to build a ten-story condominium, you’d better know the engineering laws to make up the plans for it or it won’t stand e 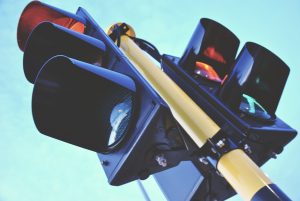 “God is not the author of confusion (disorder or chaos), but of peace,” 1 Cor. 14:33 tells us. Law and order bring peace in our lives. They’re not meant to be restrictions on us because God wants to keep a heavy hand and control us. But they’re a structure by which we can be safe and secure in His loving arms. His laws guide us, just as traffic lights allows vehicles to flow without crashing into one another. Blessings flow from the top down (another spiritual law; Ps. 133:2) and when we stay under our Father’s care, just as a natural father protects and provides for his children, He will watch over and tend to us too.