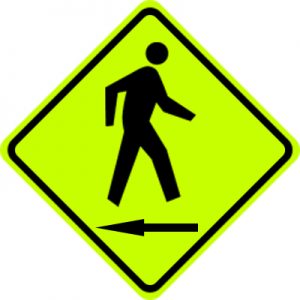 Recently a house was torn down in our neighborhood. I don’t think anything was terribly wrong with it; they just wanted to build something bigger and better. So it was crushed and hauled off in pieces. Then even the foundation was dug up and all that concrete was removed too. Now it sits as a raw plot of land, untouched and ready to be built upon.

Seeing this process take place the last few weeks reminded me of our first year on the mission field. We began pastoring a church formerly under a previous couple and, of course, we were different from them. Our ways of doing things weren’t the same so we lost many members at first. Actually, we got down to only a handful of people, but we had to create a new foundation from us, not from the previous pastors. Like the house, there was a tearing down before a building up.

Sometimes you have to step backwards — seemingly loosing ground or even destroying something — before you can move forwards and gain ground. At times it can be painful — the letting go, the releasing of the older/known/familiar past for the newer/unknown/unfamiliar future.

I’ve been physically detoxing this past month and it’s been the same principle with my body. After a couple weeks off of sugar, breads, dairy, and other stuff, my body reacted in not a kind way. I had cramps, headaches, and felt horrible for a few days. On the surface this looked like I was going the wrong direction, but I had to get worse before I could get better. My body went through purging out all this bad stuff I had in me till I could get cleaned out and feel better. Now I’ve reset a superior foundation to build my health on.

God even used this principle with the flood. He “cleaned out” the earth — just took Noah and his family and rebuilt from there. Of course, He put a rainbow up to remind us He’ll never do that again, however, the principle of going backwards in order to move forward happens in everything.

Even as I write this post, I can simply highlight and delete whatever I’m not happy with and start over. Clean slate. Cleared lot. New foundation. 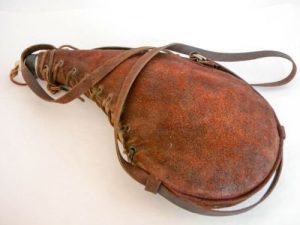 You can’t put new wine in old wineskins. (Matt.9:17) In certain situations you might can build on previous foundations but if it’s gonna be bigger, better, stronger and improved, you need something new to base it on. Don’t waste the new wine in those old wineskins.

My dear reader, you may have to step backwards before you can move forwards, but remember — it’s progress and you’re still advancing.